I've gotten behind on posting, so bear with me as I get caught up.

First up: HAPPY BIRTHDAY WILL!

Will had his heart set on having his birthday party at his school playground, but we woke up the morning of the party to find that it was unseasonably cold with a high in the mid-50s. After spending a cold morning at the Walden Farm, we decided we needed to move the party indoors. Will was broken-hearted that he had to have his party at Chuck E. Cheese's, but he did perk up a little once he found out he didn't have to sit in Chuck E.'s lap. 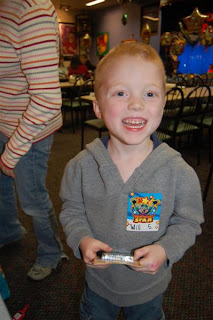 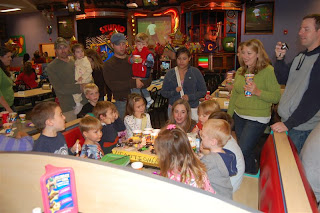 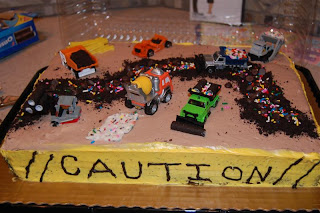 Another fantastic cake decorated by Tia/Annie! 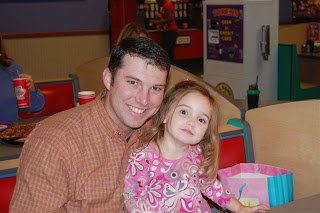 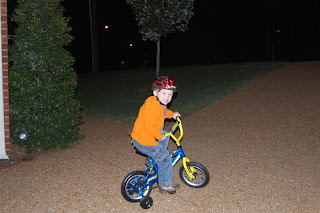 Will got a great new bike for his birthday that is just his size! He has been doing a great job of riding it.
Posted by Kathy at 5:08 PM

His party was awesome anyway.
Emily

I think Chuck E. Cheese is a superb substitute location. I can't imagine not having a great time there. :)

Your kids are so cute :D And I gave you some blog award love, just so you know!

I can't blame him. A 6 foot tall walking rat is scary enough just standing there. Sitting in its lap sounds like suicide...and on your birthday?! Hope he had a good one.